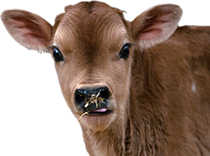 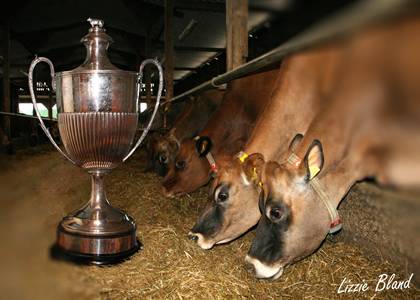 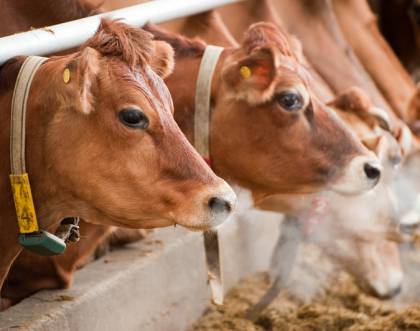 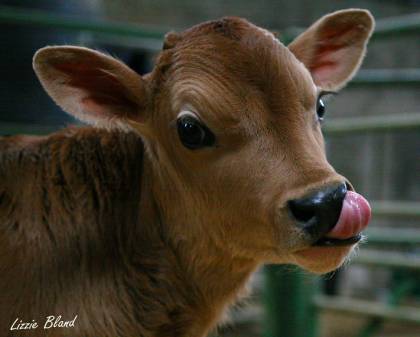 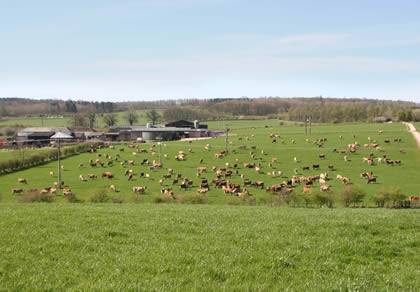 Given the opportunity to make radical changes following foot and mouth, the Blands decided not to re-stock with black and whites but to go for pedigree Jerseys instead – and add value to the product by making and selling their own ice cream off the farm.

Now, several years later the couple have no regrets about the decisions they made about their 230-acre tenanted farm, Abbott Lodge, at Clifton, near Penrith.

The Jersey herd’s milk yields are competing well with those of black and white herds and 30,000 scoops of more than 30 different flavours of Jersey ice cream have been sold during our second year to supplement the farm’s income. Chief tasters are the Blands’ son and daughter Robert and Elizabeth.

The Blands took on the tenancy of the Lowther Estate farm in February 2000, attracted by the farm’s excellent grass growing ability. They were milking 140 black and white cows until foot and mouth struck the following year. They had already invested in a new milking parlour and bulk tank but wanted to avoid further investment – the cubicle shed was perfectly sound but the cubicles were suitable for smaller cows than today’s Holsteins.

Within a couple of years the Clifton herd had climbed into the Jersey breed’s top five per cent on performance, averaging 6,500 litres at 5.4 per cent butterfat and 3.9 per cent protein. The herd was runner-up in the breed society’s national herd awards 2004 and it includes the region’s top yielding Jersey cow at 9,543 litres at 5.4 per cent butterfat and 3.85 protein as well as the highest yielding Jersey heifer at 8,840 litres. The herd’s heifer average last year was 6,188 litres which would be an enviable yield for many black and white herds. The aim is to increase cow numbers to 250, over the next few years, through our own breeding and selected purchases.

We were delighted to have two cattle in the team of four at the Highland Show 07 in the inter breed team.  Jersey's won for the first time in the history of the show!

Steven and Claire are only too willing to explain all about farming to the general public and give slide shows of what happens on the farm. They have also done their bit for the environment through the Countryside Stewardship Scheme, of which they have completed their fifth year, having restored 7,000 metres of hedging and fencing, dug a pond which can be seen from the tea room and planted 50 trees.

Thanks to Jennifer Mackenzie, Agricultural Journalist for allowing us to use one of her features about Abbott Lodge Farm for compiling this farm description.